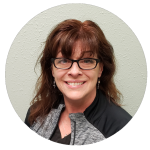 Drug & Alcohol 24/7 began as an outgrowth of a temporary staffing business; when it became clear that drug testing was a necessary component of placement, it immediately became company policy for the temporary and permanent staff members that we were placing. It was then that I realized that there was a need for testing in the south-central Wisconsin area. Drug & Alcohol Testing 24/7 was created in May 2009 as a part of the parent company. By 2011, this entity was completely self-sustaining and launched as an independent company in December of that year. We are blessed with wonderful clients and great staff members.

I am blessed with having Jordy, our official GREETER, with me daily.  He works hard to welcome each person and chase squirrels on his breaktime.